Having grown up by the sea, we treated ourselves to fish and chips every so often. Instead of eating it with peas, my mum made these incredible spicy baked beans to go with it, cooked with plenty of onion, chilli and coriander… it’s seriously good! We also have a particular chippy we always go to – they do the best batter in my opinion (and it also happens to be owned by a really good friend’s parents). When I used to live at home, I enjoyed popping in for a nice chat whilst I waited for our huge order, which I carried out in a large cardboard box to the car. Ahhh the memories.

Since moving to London nearly 6 years ago (time really does fly!), I can’t remember the last time, if ever, having proper fish and chips. My excuse is that I can always get fish and chips when I visit my family, and surely it’s the freshest and the best seeing as it’s by the sea?

But I have some news for you, I have discovered a new favourite place, and it’s in London! Don’t get me wrong, Mr. Chippy in Worthing will always be my number one, but now I know where to go if I’m craving it in London.

In celebration of National Fish and Chip day, I was kindly invited to try out Rock & Sole Plaice in Covent Garden, which happens to be the oldest chippy in London! How did I not know about this place already? I even realised that I’ve walked past it several times before, without knowing it was there. It’s been open since 1871 and has changed hands a few times, but the current owners have just celebrated their 35th anniversary. It’s a family run business and I had the pleasure of having a chat with Ahmed, who shared some wonderful stories about the history of this beloved chippy.

When the Ziyaeddin family bought the business in the 80’s, they were trained by the daughters of the original owners, who’d had this shop in their family for three generations. This is why they’ve been able to perfect their recipes and maintain that good reputation. A few weeks ago, they were selling a portion of chips for 10p to celebrate their birthday. Would you believe that was the price of their chips 35 years ago?

One of the things that really struck me was the real love and care that goes into their food. For example, when sourcing the potatoes for the chips, these may come from different farmlands, therefore grown in different conditions. So each batch is tested and the cooking method is adjusted in order to bring out the best in the taste of those particular chips. They’re also renowned for having the biggest hand-cut chips in the country, which means it doesn’t end up absorbing the peanut oil that it’s fried in.

Visiting on a sunny day, I knew I wanted to sit outside under one of their parasols. It was interesting to see the queues quickly forming, but with a reasonably fast turnaround time, it didn’t pose a problem as the service was steady. When it came to ordering, I was really stuck… which fish should I order? Good old classic cod? The more unusual (for me) plaice? Or the tempting lemon sole? Haddock was also thrown into the mix to complicate matters.

My friend ended up ordering the cod loin and I went for the lemon sole, because I’ve never tried it battered before and I was intrigued. We ordered garden peas as well as mushy peas on the side, especially as my friend hadn’t tried mushy peas before. 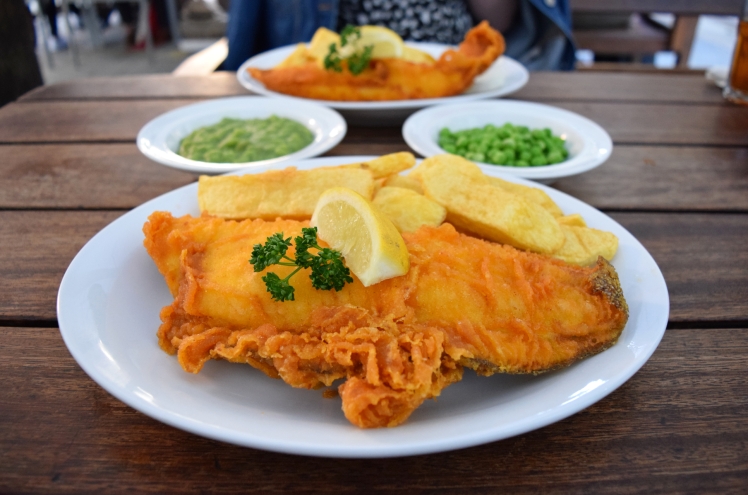 As we sat there people watching and soaking in the warmth of the sun, for a second I thought I was abroad. When our food arrived, it was a real treat for the eyes. The large pieces of crisp golden battered fish and generous portion of chips looked so delicious, I couldn’t help but get snap happy with my camera. I didn’t even care that everyone around me were staring – I needed to GET THE SHOT. Yes, I am one of those people.

Another thing I had learned from Ahmed, was that each region has their own take on fish and chips. I know this shouldn’t be a shock, it sounds logical after all. But I wasn’t aware that in London the batter is generally thinner and crispier, or is meant to be anyway. I obviously haven’t paid that much attention to regional fish and chips, but now I feel like I want to go and discover the differences around the country and document it all. Anyone want to join me? Road trip! 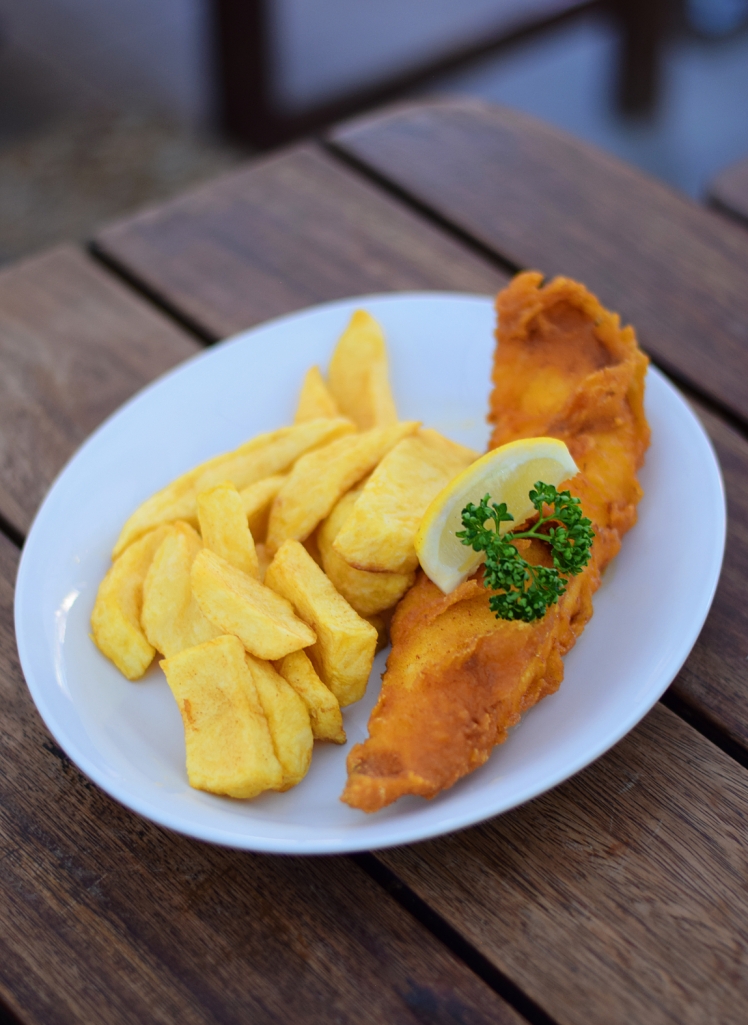 As soon as I cut into this crispy and crunchy batter, I knew I was going to love it. Squeezing lemon generously all over the fish and a adding a big dollop of their herby tartare sauce along with a chip, I was in fish and chip heaven. The lemon sole was perfectly cooked and it felt a bit more delicate than the usual battered cod. The soft and juicy fish against the crispy batter was an absolute pleasure to eat. I’m not usually a fan of ‘fat’ chips, and would normally only eat 1/3 of a portion and give the rest away. But I genuinely liked this. I wish I had more space in my belly to finish them all, but the fish was so big that I couldn’t eat much more!

As I sit here thinking back to my meal, I’m regretting not finishing them now. One thing is for sure though, my mum would absolutely love the fish here because she’s a fan of crispy batter. Even though it’s pricier than our local chippy at home (London prices and all), I would love to bring her here one day. 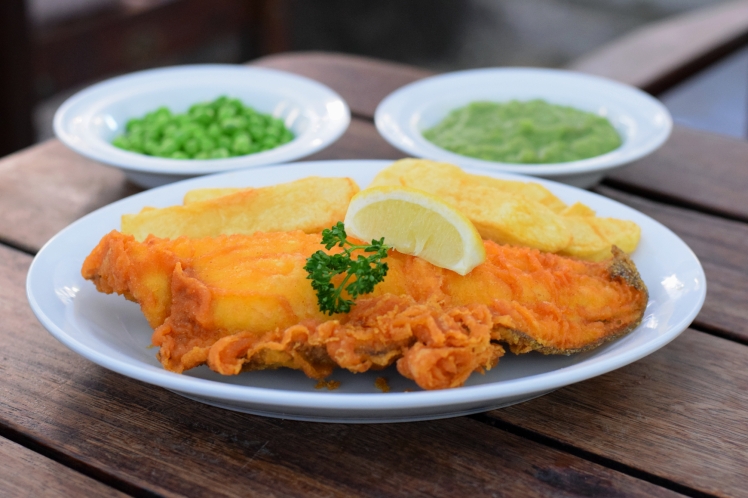 Talking to Ahmed made me realise that fish and chips doesn’t get the love and attention it deserves these days. Especially in London where there are so many new restaurants and take-aways opening up every single day, it can easily be forgotten amongst all the fancy new joints. I think fish and chips notoriously has a bad reputation for being too greasy and therefore too indulgent. But I honestly didn’t feel like my meal was greasy at all.

After rediscovering my love for fish and chips again, I want to spread the love and get more people to go and get some from Rock & Sole Plaice. They’ve been serving those traditional fish and chips since 1871; been reviewed by numerous chefs and celebrities and featured on several films and TV shows. After having visited myself, I can now understand why. 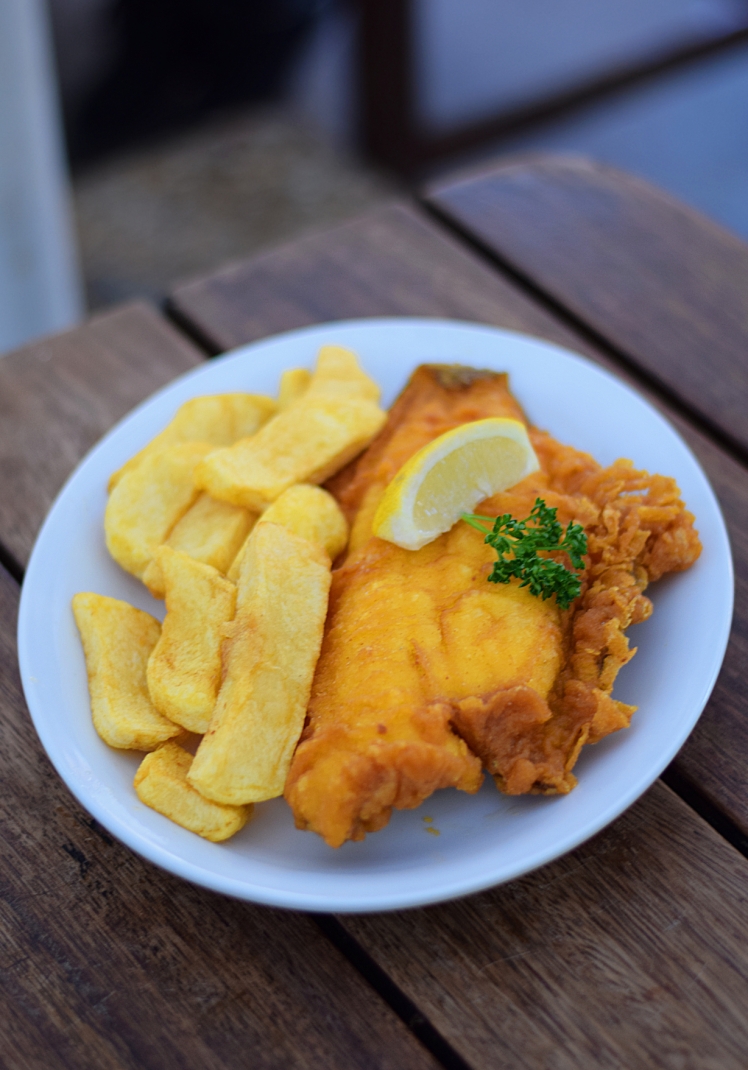 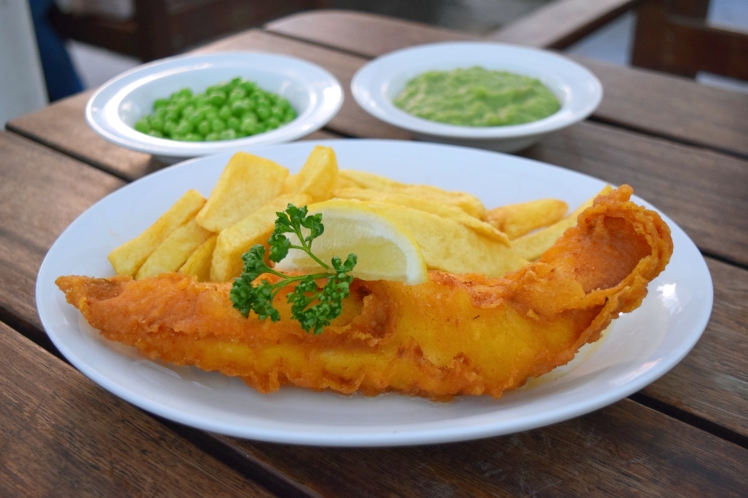 *I was invited to review Rock and Sole Plaice, but as always, all opinions are my own.