It’s no secret, La Pâtisserie des Rêves (LPDR) is one of my absolute favourite patisseries. I’ve loved it since my friend introduced me to their delicious treats when I visitied Paris a few years ago. And I was one of the first people to visit their Marylebone shop when it opened in 2014.

So a few weeks ago, whilst it was still bright outside and summer was coming to an end, the lovely Felicia (go check out her blog), invited me to join her at the LPDR picnic, which was taking place in Portman Square. Obviously I was going to go – what fool would say no to free cakes and pastries?

They were also holding a cake competition, where the winner would get a year’s supply of cakes as well as getting their cake recreated by the incredible Chef and LPDR Co-founder, Philippe Conticini. This would then be sold in their London stores for Mother’s Day next year. So I had to enter for the chance to nab that amazing prize, of course. 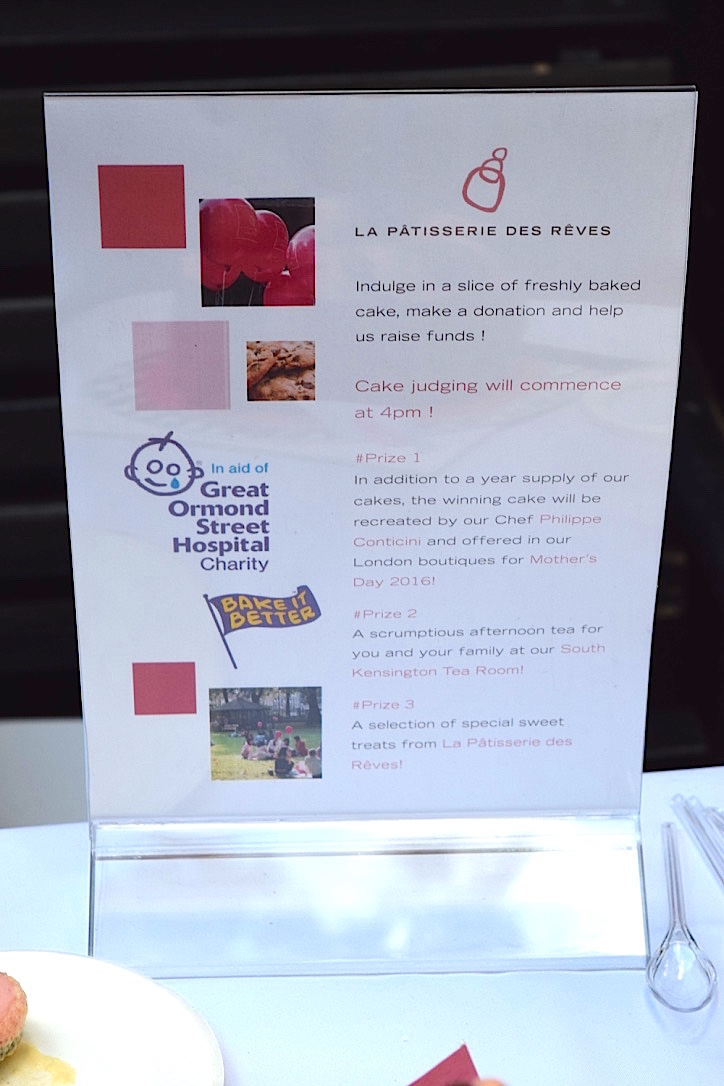 So off I went to brainstorm some ideas and do some research into what they already sold in store, and what additional flavours I could introduce. As well as finding time to complete a cake order and make time to bake this cake, whilst working crazy hours! When the day arrived, we were very lucky with the weather, so off I went to meet Felicia.

I ended up making a vanilla bean sponge cake with a fresh mint and raspberry buttercream filling, topped with a white chocolate ganache and fresh raspberries. This was the first time I was making this, and in hindsight, I probably should’ve made a tried and tested recipe, but that’s not how I roll. I had a few mini disasters trying to get the consistency right for the buttercream, which was tough because I was using fresh ingredients such as the disappointing flavourless raspberries. So it certainly could’ve done with a few more tweaks.

But I thought I had it in the bag… until I turned up and saw how many amazing creations had been made by other talented people, most of whom happened to be mums. I had no idea how tough the competition was going to be, so it serves me right for being so presumptuous. 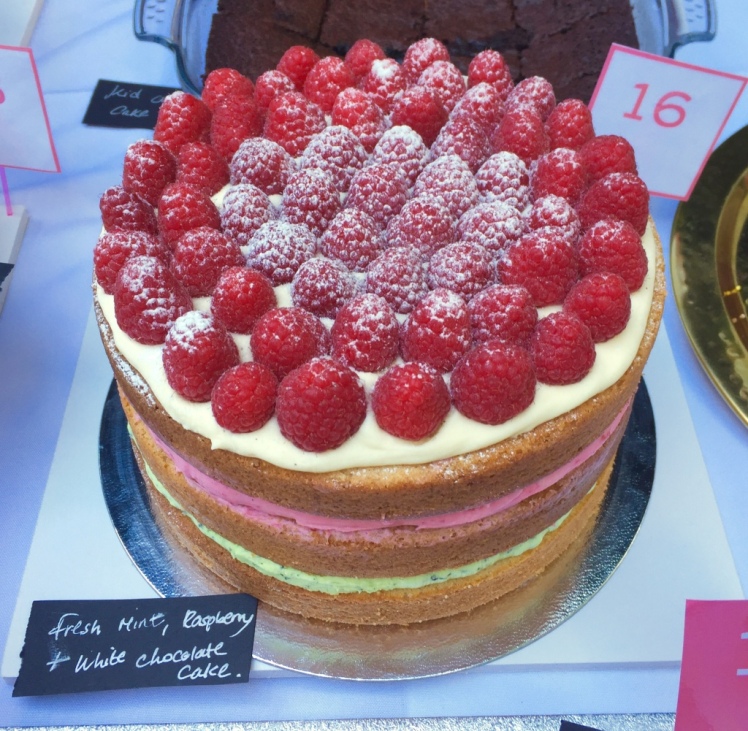 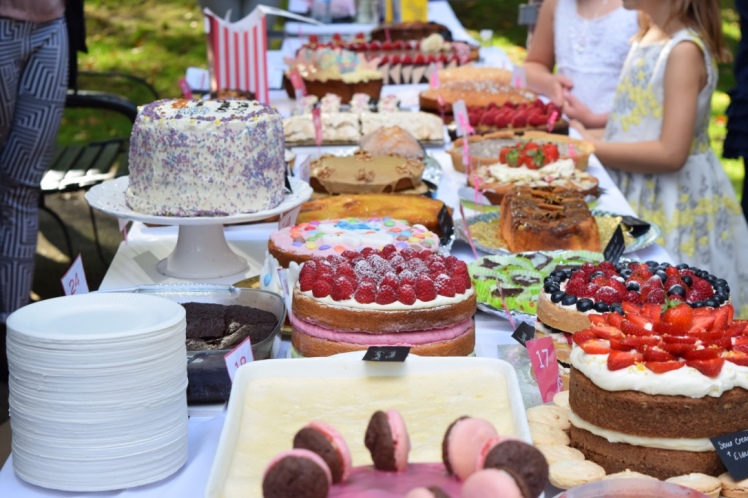 We were given a box of pastries and goodies to share when we arrived, we set up our picnic blanket with the food we’d brought along and waited for the cake judging to begin. Thierry Teyssier, Co-founder of LPDR, was going to be the judge, so I was even more nervous! 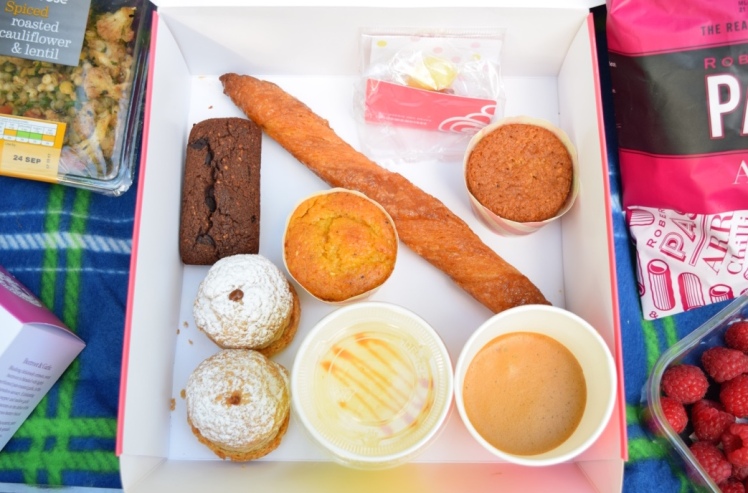 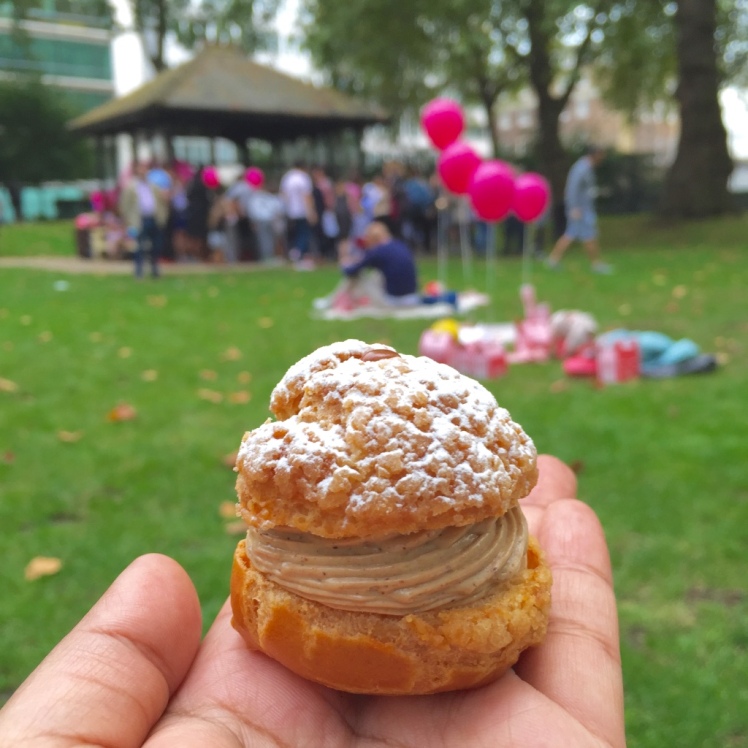 In the end, a rather annoyingly delicious banana, passionfruit and coconut tart won the cake competition. If I’d known making a tart was allowed, I may have made one… or maybe not. Anyway, I’m not bitter or anything (ha ha), because it’s all for such a good cause. The picnic was in aid of raising money for Great Ormond Street Hospital, which is a great charity. I was more than happy to support and be a part of the event because I know how amazing they are from when they took really good care of my sister when she was little.

It was great to see so many people go up to the cake table and ask for a slice of my cake, even though I had a horrible knot in my stomach every time because I wanted them to like it so badly. It was truly a lovely day and we ate so much yummy food. I’m certainly looking forward to the picnic next year! 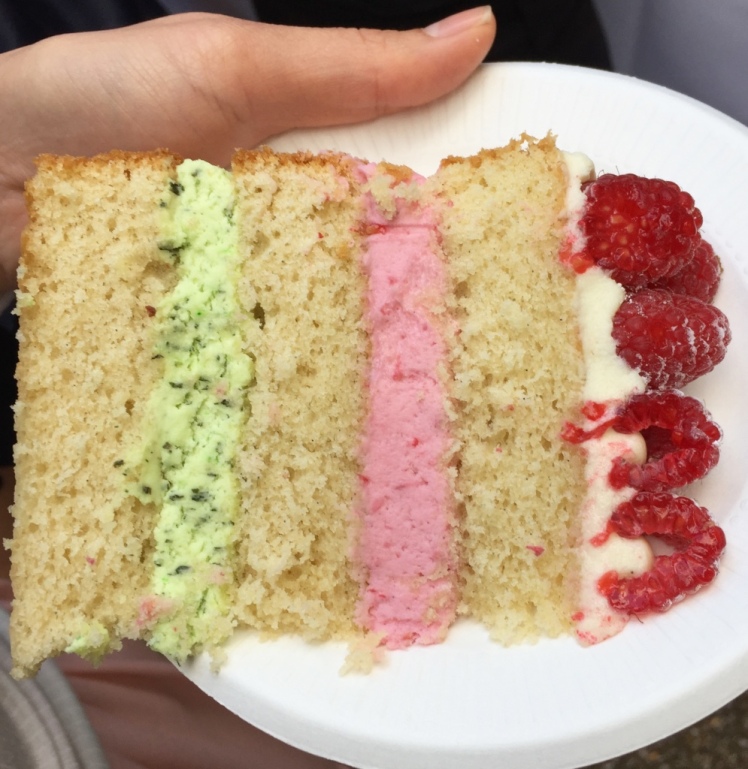 We were then spoilt even further by being given boxes of goodies to take home with us as they had quite a bit leftover. So Felicia and I left with very full stomachs and big smiles on our faces. Look at how happy we are!